When Adrian’s Curtain Supply* came to us their Amazon PPC account was drastically underspending on advertising at anywhere from $80 – $100 per day across more than 250 active SKUs. While the advertising account had a low ACoS it was making less than 40 orders and at most $800 in sales per day, with many days lucky to match even half of that amount. With spend and sales this low, advertising had no meaningful impact on the business. They were wasting a huge opportunity as the days flew by and Q4 approached.

AMZ Pathfinder’s Amazon PPC service stepped in and swiftly scaled advertising efforts on both Seller Central and Amazon’s AMS platforms, increasing exposure and sales for the whole product catalog while keeping ACoS levels steady a few % points below where they’d previously been. With our assistance the business was able to effectively advertise all products during the Q4 crunch, including many new products that became available during those same months.

When they contacted us Adrian’s Curtain Supply was drastically underutilizing Amazon PPC advertising and lacking a few key things:

This meant their current system needed to be entirely reworked because what was in place was not suitable for the long term. The search term data and a few other related advertising metrics were the only things we were able to take away from the existing set up and put to good use in our restructure. The account spend and sales were flat and were in no way contributing to the growth of overall revenue.

We started in the middle of September and had to move fast because Q4 was quickly approaching. We followed our Expedition Plan and began having detailed conversations with the client about priorities of the business and the upcoming products for the quarter and asking the hard questions. We plugged the account into some third party tools and for the next two weeks oversaw deep analysis, gathered intel about competitors and researched keywords while planning our next moves. At this point there were 262 SKUs live in the account, 170 of which were actively advertised and only a small fraction of those had adequate ad spend. Some immediate triage was required for keywords that were wasting ad spend and harming metrics.

At the end of September we begin to rapidly expand advertising campaigns using our custom Excel tools and checking our early results on a daily basis to ensure spend and sales were growing in a controlled manner. By mid-October, daily spend for Sponsored Product campaigns was stable. On the 14th of that month, Headline Search campaigns went live in AMS, reaching shoppers in this new ad placement for the first time. By the end of October there were 349 active SKUs, those which we had assessed to have sufficient reviews or ample inventory were all being advertised, and we were rapidly staging new campaigns to keep up with catalog growth.

The action really started to heat up from the end of October into November when the seasonality of the account and increased Q4 traffic both came into play. Our first Product Display campaigns went live on the 11th of November which gave us yet another avenue to target shoppers, specifically those looking at top competitors products we had already identified as valuable.

We prepared for Black Friday by staging a series of special time-limited campaigns to highlight top sellers and capture peak traffic during the influx of shoppers with their wallets open, ready to buy. On the big day itself there were 373 active SKUs and we made $6,056 USD in ad sales alone, with our ad spend 10 times what it was on the first day we worked with the account. However, this was only the start of the holiday season and many days with ad sales exceeding that were to follow.

We were ready. We had campaigns firing on all cylinders and it resulted in spend and sales hitting their peak in December. By the 9th of the month we managed ad spend for 416 total active SKUs across hundreds of campaigns. Many new products were launched with coordinated ad efforts from day one and immediately made sales from that paid traffic. This helped them get traction swiftly at a crucial time of year. We implemented an overall account budget limit in order to keep spend within parameters acceptable to the client’s budgetary goals while still hitting ACoS targets. As demonstrated by the below graph, spend and sales dipped in the few days leading up to and the day of Christmas as expected, but bounced right back after that and continued strong all the way until the 13th of January when spend started to taper off naturally.

Both the business and brand as a whole benefited greatly from the increased advertising presence, Adrian’s Curtain Supply enjoyed during Q4. Sales from advertising efforts accounted for 22.90% of all revenue in the 3 months of Q4 – not including the less easily quantified but very real effects it had on organic results, such as improved organic results rank for search terms with ad sales.

Although many of the advertised products were new, we were able to deliver consistent advertising sales thanks to strong keyword research and immediate exposure for relevant keywords. Bidding against your business could prove beneficial, learn more.

Advertising played a big part in making this Q4 a huge improvement over the relatively flat performance seen last year. Using ads, we were able to respond deftly to the seasonality inherent to the platform and take action by building out time-limited purpose built campaigns to meet the demands of big events like Black Friday and the crucial weeks leading up to Christmas.

Without a strategy hammered out by a constant dialogue between client and service provider, these action plans are hard to put in place properly so communication is key. ACoS % was far below target on many products and ad revenue was consistently high, so our client saw very favorable returns from the money invested in their advertising budget.

If nothing mentioned here made any sense to you, check our detailed guide to Amazon PPPC.

We will continue working with this client into 2018, taking the lessons learned from this complex restructure to the next quarter with Adrian’s Curtain Supply and all of our other clients. Learn more about the team that made this man rich. 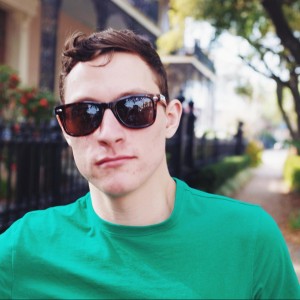 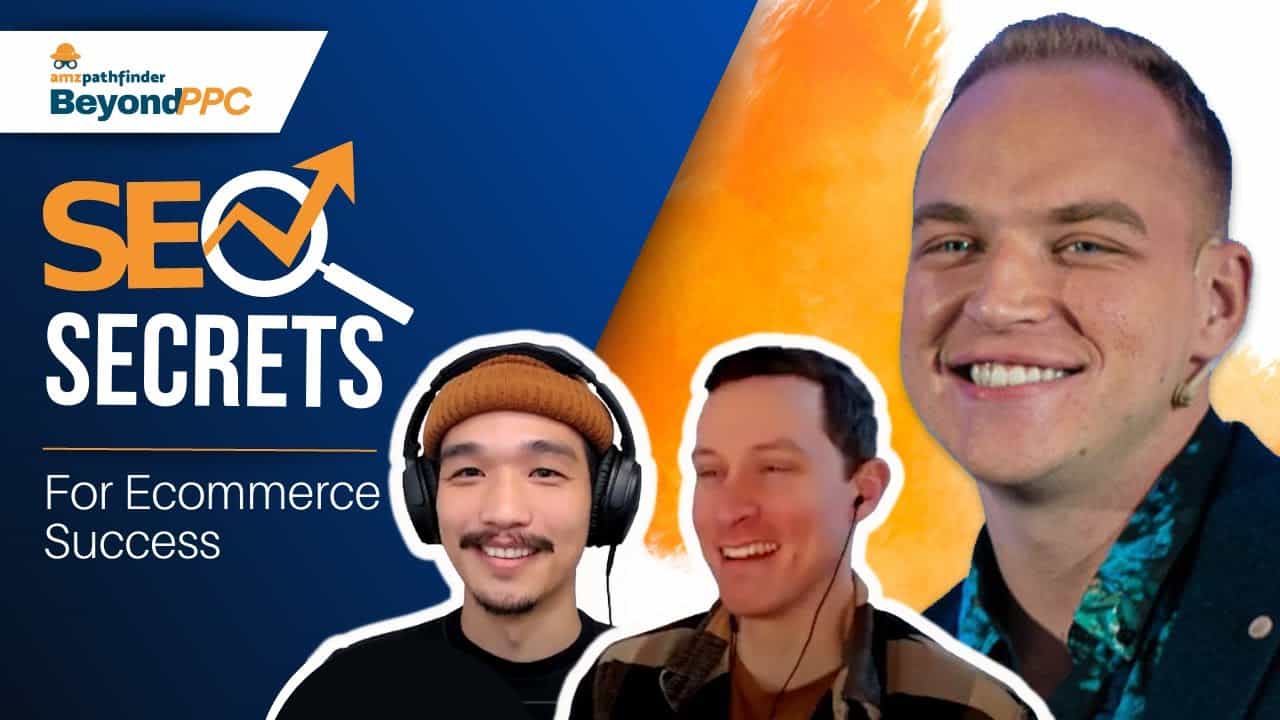 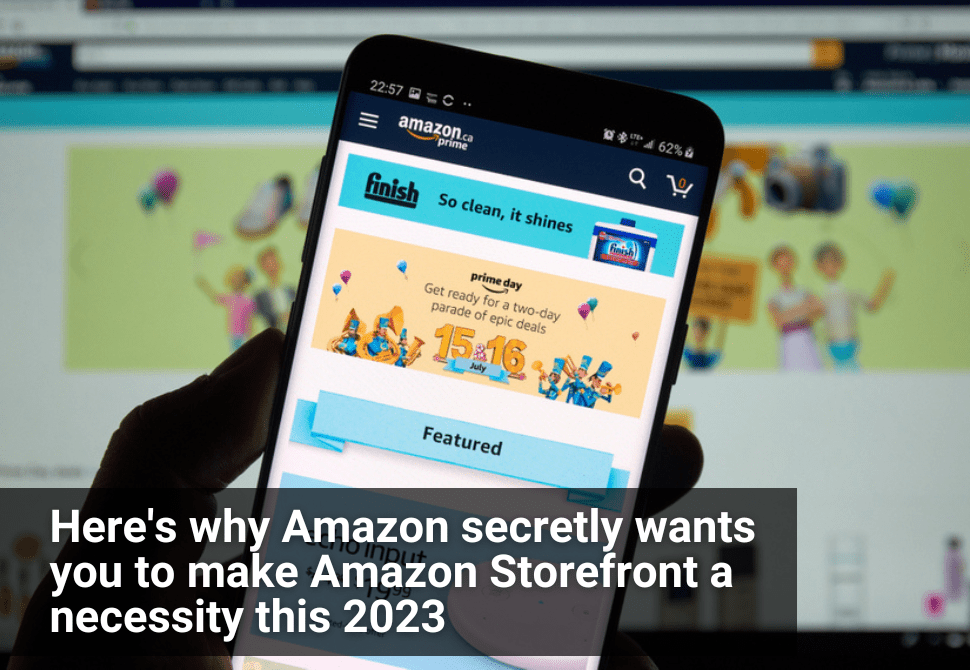 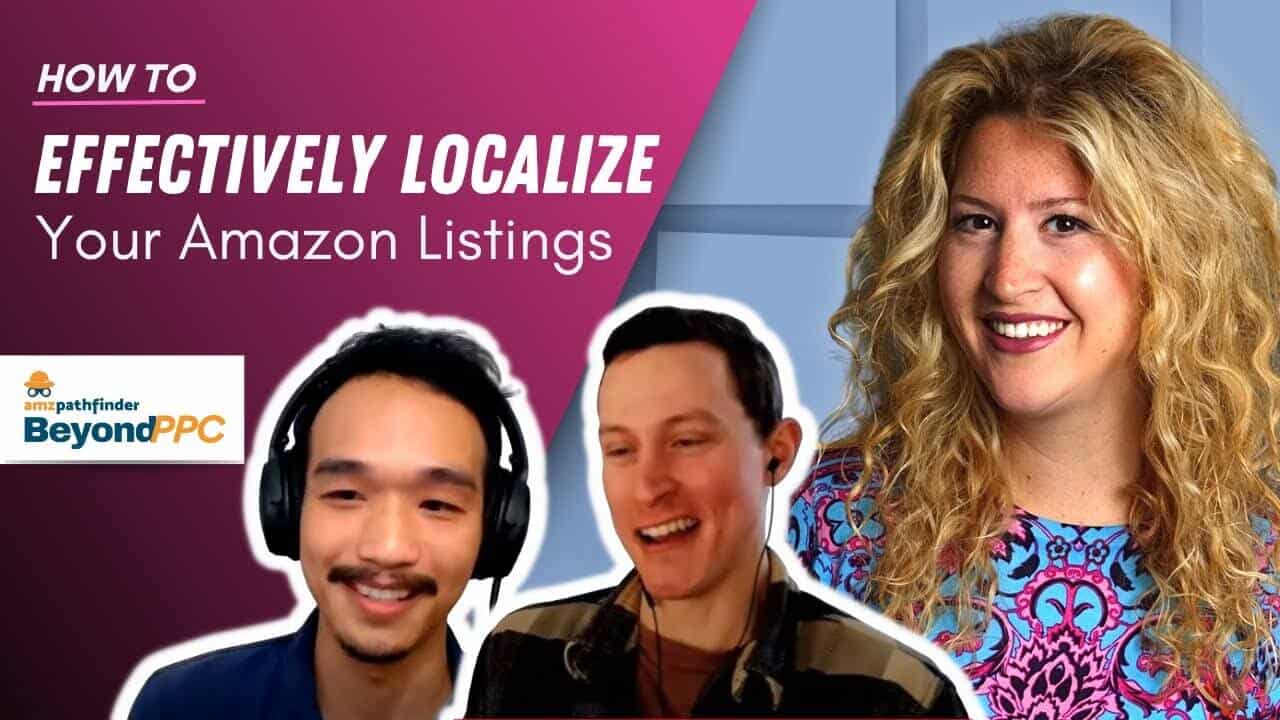 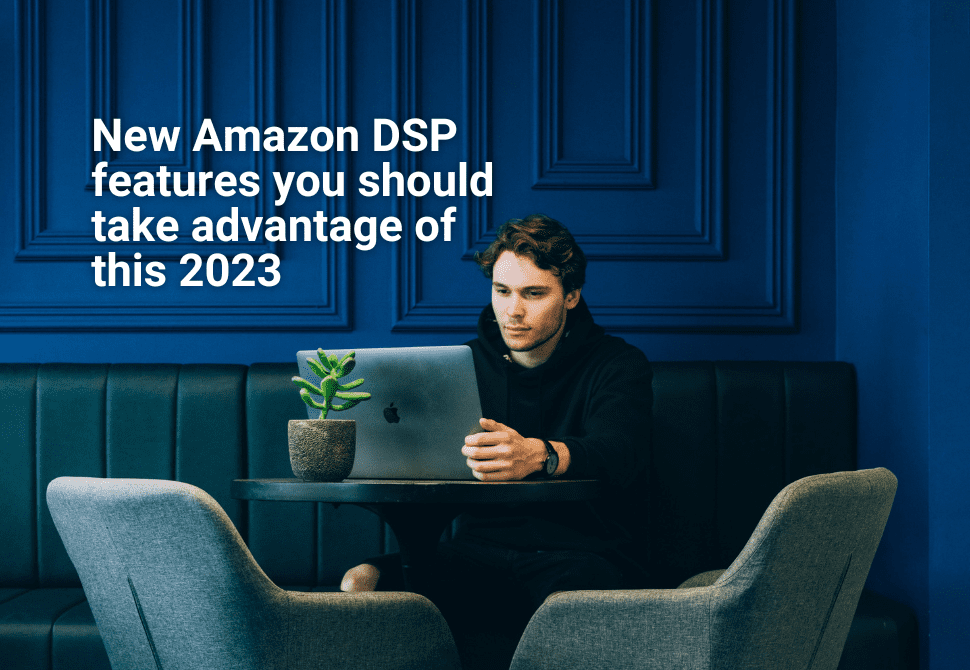 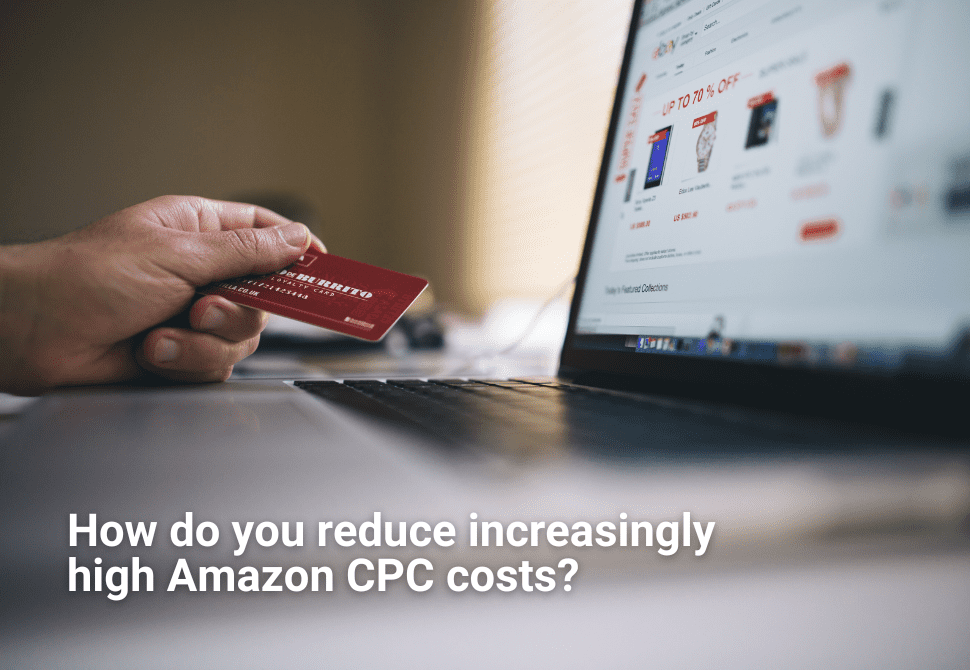 How to Streamline Your Amazon CPC Expenses 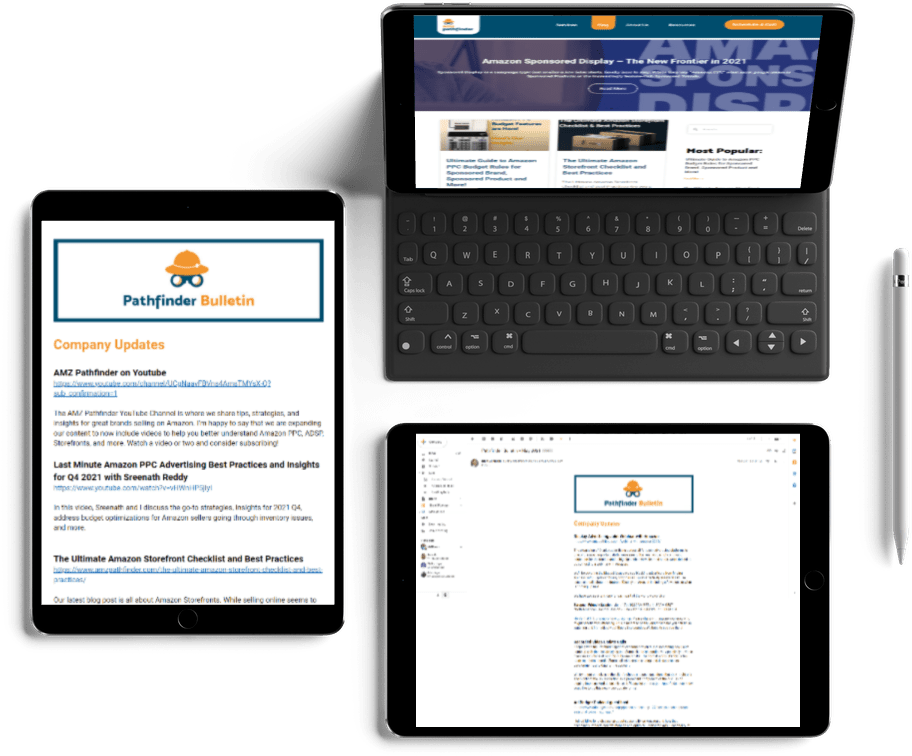 Finding the next big thing for Amazon Advertising just got easy.

Access The AMZ Pathfinder Bulletin, a monthly amazon advertising newsletter curating the best insights, news, and content to keep Amazon Sellers on top of their game. 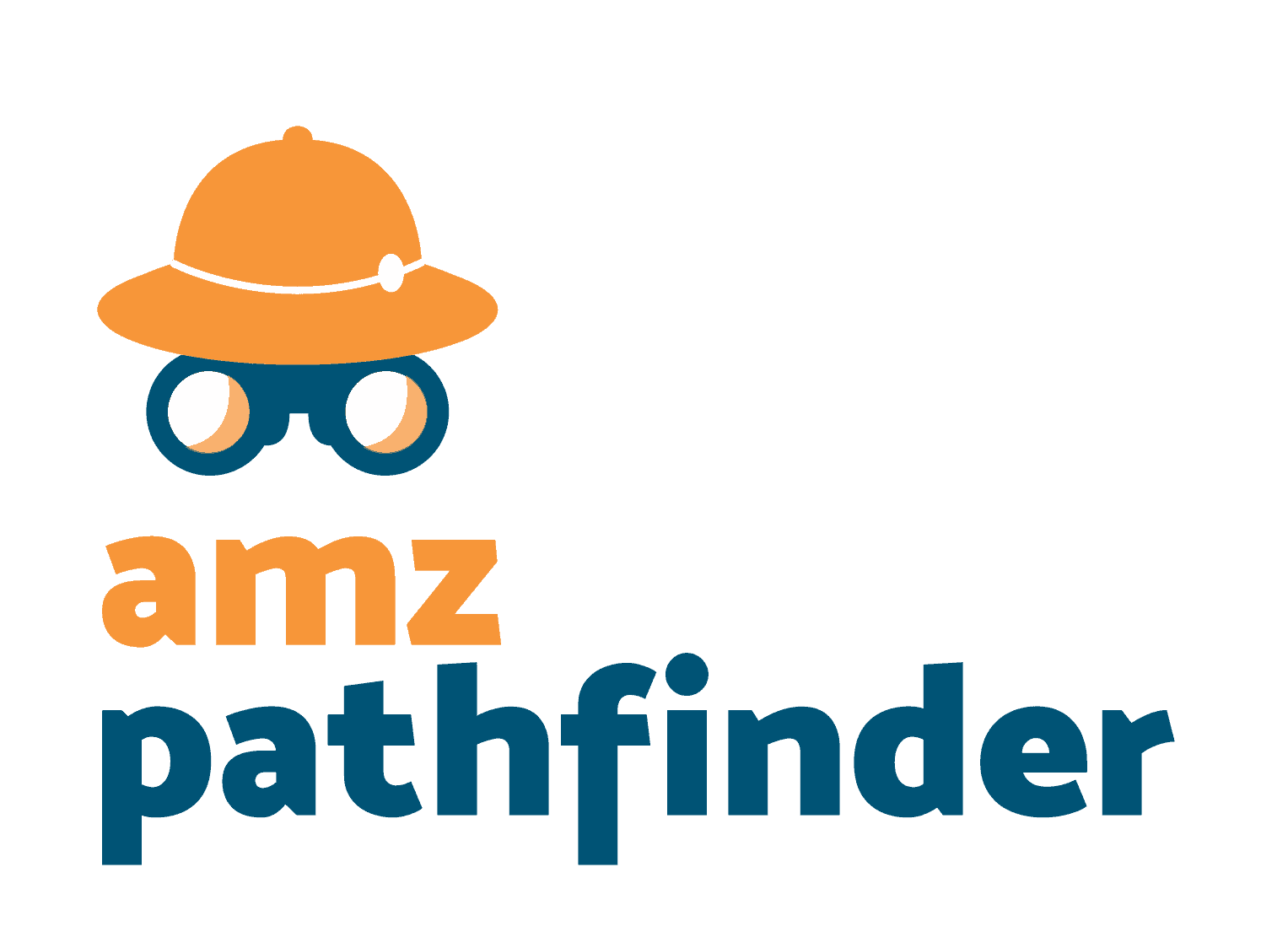 A professional service so aligned with your revenue goals and communication style, you’ll swear someone is running your Amazon ads in-house.

Join 1,000's of ecom brands getting Amazon News that helps move the needle, once a month. 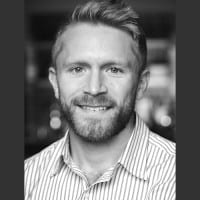